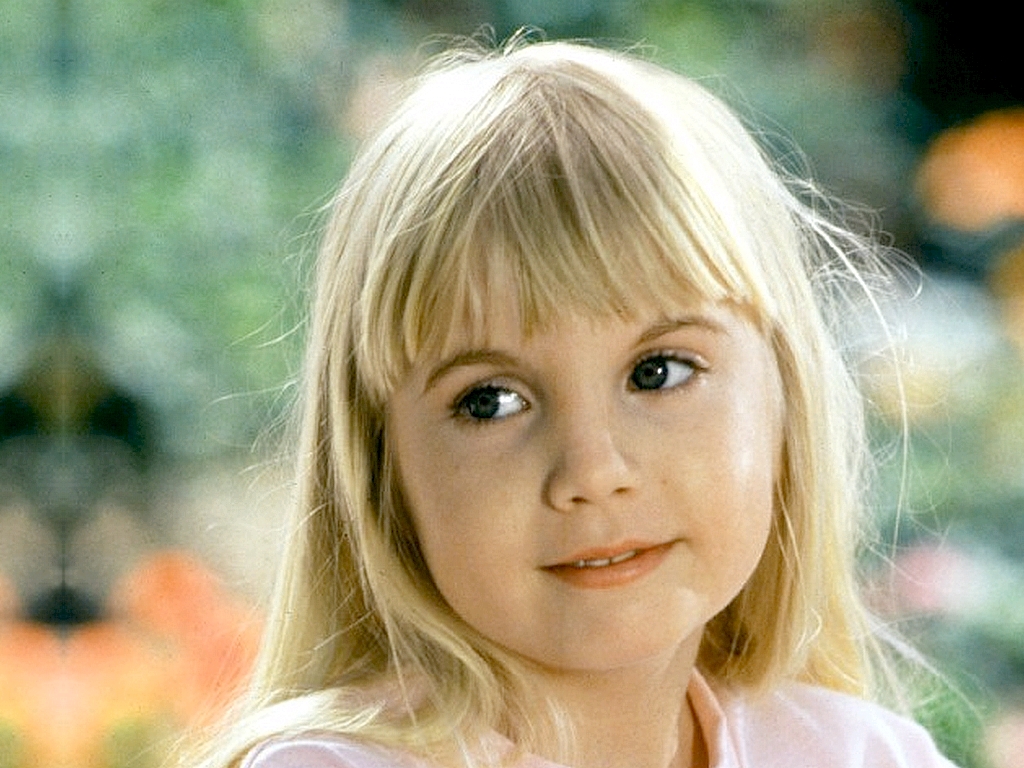 Heather Michele O'Rourke was born on December 27, 1975. Her parents were Kathleen and Michael O'Rourke. She had one older sister named Tammy. When Tammy was pregnant with Heather, she felt that the pregnancy was not right. It was different than her pregnancy with her first child. The doctor confirmed that she had suffered a miscarriage. In the month that followed this, Tammy still felt as if she was pregnant. When she told the doctor, he told her that it was just a condition that would soon pass.

When the pregnancy symptoms didn't go away, Kathleen went to get an examination to make sure that she had suffered a miscarriage. The examination showed that she had, but everyone was surprised and excited to learn that she had been pregnant with twins. One was a boy, and the other was a girl. The girl survived.

Shortly before Heather was born, Kathleen O'Rourke decided to begin working a few hours a day. To do this, she had to find someone to care for Heather's older sister, Tammy. Tammy was three years old at the time of Heather's birth. Tammy was too young to attend pre-school, so Kathleen enrolled in her tap dance lessons. Tammy became quite good at dancing, so she began entering talent shows. She would often come home with honors. Heather liked to be like her older sister, so she also began developing her performing talents. When Heather was three, she won a 'Little Miss' pageant. She also performed on stage with her sister. 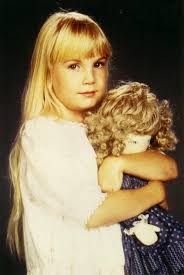 Tammy was encouraged by her dance instructor to pursue her dancing talent. She began acting in plays, and since Heather was so young, she often tagged along with her sister and watched the plays with her mother. It was around this time that Heather also began to seem interested in acting. The agent holding Tammy's career noticed this and offered Heather small roles. She was in commercials, and on printed advertisements.

It was by chance that Steven Spielburg discovered Heather. He was looking for a little girl who was about five years old to play a big part in his next movie. Drew Barrymore auditioned for the part, but Steven thought that she wasn't quite right for that particular role.

During the lunch break at Tammy's plays, many of the tables would quickly become filled. While Kathleen and Tammy would go pick up lunch, Heather would stay at a table to 'reserve' their seats. On the day she was discovered, Heather was just doing what she often did. She was sitting in the dining area waiting for her mother and her sister to return. She wasn't surprised when a man came to her table and introduced himself as 'Steven'. He asked if he could sit down with her. Heather, four years old, answered "I guess, but you're a stranger, so I'm not allowed to talk to you." 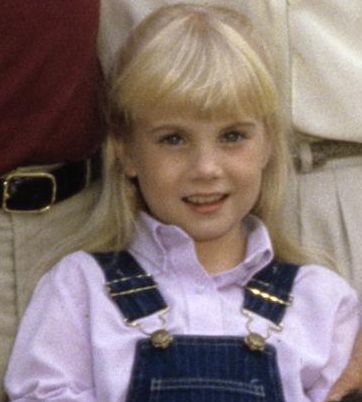 Steven sat with Heather and waited until Tammy and Kathleen returned. Tammy and Kathleen were quite excited to meet Steven, but Heather didn't really care. She was more interested in eating her lunch. Steven said he was looking for a little girl to be in his movie. He asked Heather if she had ever been in one, but Heather was shy, so her mother answered for her. Steven chatted with Kathleen and Tammy for a short period of time, but after learning that Heather was only four, and that she didn't have much experience, he thanked them and said he was looking for someone a bit older.

The next day, Steven found Heather again at lunch. He started to think that Heather might be right for the part after all. He left his card and they arranged a meeting where he would have to see if Heather could scream, because she would be screaming a lot in his movie. Heather screamed and screamed for Steven, she had a lot of patience for a four year old. But eventually she told him that she was done screaming and that she wanted to go home. 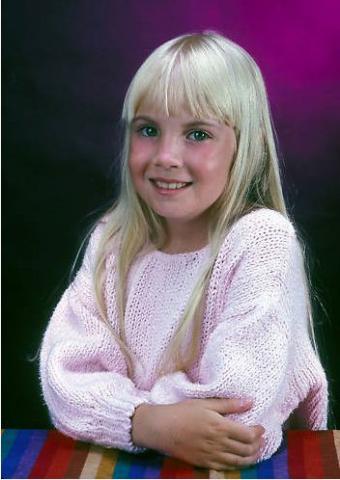 Since Heather had good patience, and could read her script by herself, Steven offered her the role. Listening to her mother's advice, Heather accepted it. Heather began acting in many different shows, but her most famous was the Poltergeist trilogy. She appeared in the first, second, and third Poltergeist movie. She passed away shortly before the third movie was completed.

It was shortly before the pre-production of Poltergeist III that Heather began to feel ill. She had been sick a little bit before this, but it didn't seem like anything unusual, just the common flu. Heather wasn't recovering from her illness, and one day she came home from school with swelling to her feet and lower legs. Heather's mother then decided that it was time to take her to the doctor. The doctor informed them that this was only another symptom of the flu. They were told to monitor the illness and bring her back if they needed to.

When Heather didn't improve, her mother took her back. This time, the doctors suggested that maybe Heather's illness was a reaction to a spider bite. Her mother wasn't convinced, and took Heather back yet again when the medication she had been taking wasn't helping her. They did tests and found that Heather's intestinal tract was infected with an organism called Giardia lamblia. This was common in the area where Heather lived, and usually found it's way into someone's body if they drank untreated water. This puzzled the doctors though, because Heather drank the same water as her family, and none of them were infected. Heather was given medication to treat this, and her condition seemed to improve. Her mother took Heather for many check-ups, and she seemed to be getting better. This medication puffed up her cheeks, which can be seen in the third Poltergeist movie. Gradually, Heather was weaned off this medication, and her appearance returned to normal. Near the end of January, 1988, Heather began to feel ill again. Heather didn't complain about very much, but she did casually mention to her sister that she didn't feel like going to P.E. at school that day. She didn't ever say why though. She went to her classes, and the next day, she stayed at home most of the day. She did go out to eat with her family and seemed to be feeling alright. The next day, however, it was obvious that Heather was not feeling well at all. On February 1, Heather woke up to go to school. It was Monday, and she had been sick the day before, but she still joined her mother in the kitchen. Kathleen was preparing breakfast. Kathleen asked Heather how she felt, and Heather said she felt "Okay.". She also informed her mother that she wanted to go to school. Kathleen gave Heather a piece of toast while she tried to decide if she was going to keep her home that day to be sure that she was feeling okay. A few minutes later, Kathleen noticed that Heather was having a difficult time eating her toast. Kathleen asked Heather how she was feeling. This time, Heather answered "Mom, I can't swallow." Kathleen now noticed that Heather's face was very pale, and her hands were cold. Her fingers had a blueish tint to them and it seemed like Heather's breathing was shallow. Kathleen called the hospital who told her to bring Heather in right away. She told Heather to get dressed, but when Heather got out of her chair, she slumped to the floor, holding her stomach.

Heather's stepfather now called 9-1-1. While they waited for the ambulance to arrive, Heather remained on the floor. She was still coherent. When the paramedics arrived, they started treating Heather instantly. They fitted her with an oxygen mask and she protested. She told them that she didn't need it. When the paramedics asked how she was feeling, all she said is that she felt 'a little sick', but that she was 'alright'.

Heather was loaded into the ambulance and driven to the emergency room. She was still alert during most of the trip, and she was able to speak as well. Despite this, shortly before arriving at the hospital, she lapsed into unconsciousness. The paramedics tried to revive her. Eventually they restored her vital signs. She was stabilized enough to be transported by helicopter to another hospital. Her mother was informed of this. It was realized that Heather had went into shock. They also noticed that her stomach was swollen, which was a sign of a bowel obstruction. They suspected the obstruction had already burst, spreading the infection across Heather's body. When Heather arrived at the other hospital, she was stable, but in a critical condition. She remained unconscious and unresponsive while they prepared her for possible surgery. Her stepfather and mother were told that she may have already suffered permanent brain damage. It was found that her small intestine had indeed already burst and spread infection.

They performed surgery, but Heather was in horrible condition even before the surgery began, so her family was informed that she may not survive. The operation was completed, but afterwards, Heather showed no signs of improvement. She never regained consciousness, and her brain showed no activity. She stayed alive until around 2:00 p.m. when her condition worsened, and she slowly stopped breathing. It was discovered that Heather had intestinal stenosis, a condition of intestinal narrowing. This made Heather more likely to have a bowel obstruction. Heather could have had this condition her whole life. The remaining of the third Poltergeist movie had to be done with a stunt double, only showing the back of Heather's character's head.